The Reality of Loving the Prophet and its True Meaning

All perfect praises are due to Allaah Almighty, Who sent His messenger Muhammad (sallallaahu alaihi wa sallam) with guidance and the religion of truth to make it prevail over all other religions.

Shaykh-ul-Islaam Ibn Taymiyyah said: “Loving Allaah and His Messenger more than anything else is one of the tenets of Islam, without which a slave is not considered a believer.”

The Reality of Loving the Prophet

The reality of loving our Prophet Muhammad lies in making all that which one loves and favours correspond to everything that the Prophet (sallallaahu alaihi wa sallam) loved and favoured.

The Mother of Believers Aa’ishah (radiyallaahu anhaa) narrated that a man came to the Prophet (sallallaahu alaihi wa sallam) and said: “O Messenger of Allaah, you are dearer to me than my family, my children and even myself. Sometimes I am sitting in my home and I remember you, and then I am overwhelmed with the desire to come and see you. When I think about your death and mine; I realise that when you die you will be at the rank of the prophets in paradise, but I fear that if I enter paradise, I will not be able to see you.” The Prophet did not answer this man until Allaah revealed the following aayah (in Soorah an-Nisaa’ 4:69 – which means):

“And whoever obeys Allaah and the Messenger – those will be with the ones upon whom Allaah has bestowed favour of the prophets, the steadfast affirmers of the truth, the martyrs and the righteous. And excellent indeed are those as companions!”

Anas ibn Maalik (radiyallaahu anhu) narrated that a man asked the Prophet (sallallaahu alaihi wa sallam): “When will the (last) hour come?” He replied: “What have you done to prepare for it?” The man replied: “Nothing, except the love I have for Allaah and His Messenger.” The Prophet replied: “You will be (on the Day of Judgment) with those whom you love.”

Anas said: “We (the companions) never rejoiced at anything more than his words, when he said “You will be (on the Day of Judgment) with those whom you love.”’ Anas, continued: “I love the Prophet (sallallaahu alaihi wa sallam), Aboo Bakr and ‘Umar, and I hope to be with them (in the hereafter) due to my love for them, even if I cannot do (the same amount of righteous deeds) as they do.” (Reported by al-Bukhaaree and Muslim)

Indeed, loving Allah and His Messenger will lead a person to adhere to their commands and refrain from what they prohibited. Anas ibn Maalik also narrated that the Prophet (sallallaahu alaihi wa sallam) said:

“One who attains the following three things will taste the sweetness of faith:

(Reported by al-Bukhaaree and Muslim).

“Say [to them, O Prophet], ‘If you really love Allaah, then follow me, and Allaah will love you and forgive you your sins.”

The scholars said: “This aayah means that there is no way that leads to the love of Allaah except the Prophet’s way.” According to Shaykh-ul-Islam Ibn Taymiyyah, “Allaah has made the truthfulness of one’s claim to love Him conditional to obedience to the Prophet (sallallaahu alaihi wa sallam). He has made obeying His Prophet a way of gaining His love.” He also said: “Following the way of the Prophet (sallallaahu alaihi wa sallam) internally and externally attains Allaah’s love. Many people claim they love Him, yet they the furthest from the Prophet’s sunnah!”

The real sign of loving the Prophet (sallallaahu alaihi wa sallam) is to adhere and hold on to his sunnah without innovating anything in the religion, such as certain celebrations, new ways of worship and so on. His companions loved him more than us. There is no doubt that their love of the Prophet Muhammad is an indisputable fact, but they did not innovate any kind of celebrations for him! Rather, they adhered to his sunnah and followed his steps as the only way to show their love for him.

It was narrated that one of the Salaf, Ibraaheem ibn Adham, passed by one of the markets of Basrah, so the people of the market gathered around him and asked: “O Aboo Ishaaq, Allaah says in the Qur’aan (in Soorah Ghaafir, 40:60 – which means): “Call upon me, I will respond to you.” and we have been supplicating for a long time but Allaah has not responded to us!” He replied: “O people of Basrah! Your hearts have died due to the following reasons:

May Allaah Almighty bless you all. 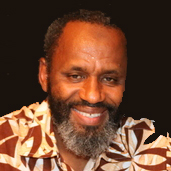 Shaykh KABBA BAH graduated from the Faculty of Islamic Law (Sharee‘ah) of the Islamic University of Madinah, after which he studied further in Makkah and acquired a Master's Degree in Da‘wah and Islamic Studies. Originally from Sierra Leone, West Africa, the Shaykh came to New Zealand in 1995. His hobbies include soccer and he takes a keen interest in current world affairs.