Lessons from the Month of Fasting

This World is the Abode of Tests and Trials

Allaah created His slaves to worship Him alone without any partner, as He states in His majestic book (which means):

“And I have not created the jinn and humans except that they should worship Me.” [51:56]

He sent His esteemed messengers to outline the way of worship:

“We have sent a messenger among every nation, saying: Worship Allaah, and avoid all false deities.” [16:36]

He made life in this world as a place of trial as to which of His slaves perform good deeds best:

A Season of the Hereafter

Just as Allaah has granted virtue to some of mankind over others and certain places over others, so has he favoured certain times over others. Among them is the the blessed month of Ramadaan and its distinction over the remaining months, along with it being chosen as the time when fasting is obligated.

As such, Allaah has granted virtue to this month and designated it as one of the seasons of the hereafter. During it, the slaves of Allaah compete with one another and race to achieve success and nearness to Him. They seek to come closer to their Lord by fasting in the daytime, standing to pray at night, and reciting His Majestic Book. They seek nearness to Allaah by these and other acts of obedience, while being cautious of disobedient acts and avoiding them. All this is done hoping for a profitable trade that will never perish, whereby Allaah would pay them their wages in full and give them an increase out of His bounty. Indeed, He is Oft-Forgiving, Most Appreciative of good deeds and ready to reward them.

An Increase in Bounty

Whereas Allaah had prescribed fasting the month of Ramadaan for His slaves, His Messenger (sallallaahu alaihi wa sallam) encouraged them to follow it up by fasting six days of Shawwaal in order to make their reward as great as that of fasting the entire year. Allaah’s Messenger stated:

“Anyone who fasts Ramadaan and then follows it with six from Shawwaal, it is as if he has fasted perpetually.” Reported by Muslim.

That is so since the greatest number of days in the lunar year is three hundred and sixty. If six days from Shawwaal are added to the month of Ramadaan and each day is considered like ten, since a good deed has the reward of ten like it, then it is as though the Muslim has fasted the entire year! That is a tremendous bounty from Allaah, and to Him belong all praise and gratitude for His innumerable favours.

From One Good to Another

Part of the favour and kindness from Allaah to His slaves is that He eased for them those factors which would raise their ranks and keep them upon a firm and lasting connection with their Lord. They come closer to Allaah with the passing of the days and nights of Ramadaan during which He pardons sins and raises ranks and as soon as its days come to a close, they are immediately followed by the months of hajj. The day of ‘Eid-ul-Fitr, which is the first day of Shawwaal, is also the first day of the months of hajj.

So in reality, the Muslim hardly bids farewell to one season of the hereafter before he welcomes another. This serves to maintain a continuous link with his Creator who brought him into existence from nothing and granted him an abundance of blessings, both apparent and hidden.

Lessons from the Month of Fasting

The practical lessons and reminders which the Muslim gleans in the month of fasting are the fine products reaped from these days. I will attempt to list some of them, and I rely upon Allaah for success and correctness.

Lesson 1: As the days of Ramadaan go by, the Muslim finds one of life’s opportunities presented before him. It is an opportunity which he may reach once again, or perhaps his decreed fate will overtake him before that. Nonetheless, what is most important is that this opportunity be utilized by filling it with acts of obedience and remaining far away from sins. Even more important is remaining consistent in doing those things as well, since one of the rewards for a good deed is being guided to perform other good deeds afterwards. Similarly, one of the punishments for an evil deed is being left to perform other evil deeds after it.

Therefore, let us consider the case of the Muslim who wishes good for himself and has been granted the fortune of reaching this blessed month. His soul would find rest in performing righteous actions and his heart would find itself moving towards the hereafter, which is the final destination. It is there that nothing will benefit a person except what his own hands have sent forth, on the Day when neither wealth nor offspring will benefit, except him who brings to Allaah a sound heart. During these blessed days, the soul should accustom itself to obedience. The benefit which the Muslim gleans and the lesson he acquires is that afterwards, he must continue to perform good deeds and avoid sins as Allaah has commanded His slaves to worship Him for the entire duration of their lives:

Once the Muslim has tasted the sweetness of obedience during Ramadaan, it is not proper for him to replace it with the bitterness of disobedience. If a Muslim truly wants good for himself, he must not stop performing good deeds with the departure of this month. Doing so would be like exchanging a time that is better for that which is inferior.

Lesson 2: Fasting is a secret between the slave and his Lord, and no one else is truly aware of its reality except Allaah. This is the reason behind the authentic hadeeth where Allaah says:

“Every deed of the son of Aadam is rewarded with ten similar to it except for fasting. Verily, it is for me and it is I who shall reward it. He leaves his desires, food and drink for Me.”

A person can hide behind closed doors while eating and drinking and no one would know except Allaah but his sense of Allaah being ever aware and watchful prevents him from that. The lesson here is to bear in mind that

In other words, the One who made fasting obligatory is the One who obligated the salaah – the greatest pillar of Islam after the testimony of faith. Allaah obligated salaah upon His Prophet (sallallaahu alaihi wa sallam) when he was taken up to the heavens, and this is due to the tremendous rank and nature of the salaah, since it serves as a continuous connection between the slave and his Lord. Hence, if the Muslim dreads his shortcoming in fasting, then he must realize that falling short in his salaah is even more severe.

Lesson 3: One of the things which bring delight and happiness is finding the masjids brimming with worshippers in the month of Ramadaan. As such, here is a most timely lesson for the Muslim: He should firmly resolve to be one of those who make that spectacular state something lasting. This would make him one of the seven whom Allaah will shade on the Day when there will be no shade except His, as is established in the authentic hadeeths from the Prophet that one of them is the man whose heart is attached to the masjids.

Lesson 4: The obligation of fasting from food, drink and all else that breaks the fast falls during Ramadaan. However, fasting from the unlawful is required throughout one’s entire life.

Allaah has favoured His slaves by giving them these indispensable blessings. One of the best ways of being grateful to Allaah for these blessings is for the Muslim to utilize them as he has been commanded while refraining from using them to disobey the One who granted him those faculties, as well as every other blessing he has.

One who shows gratitude for these blessings, using them as Allaah has commanded, has been promised a bountiful reward by Allaah. In contrast, the one who gives little regard to their proper usage and unleashes them to commit deeds which anger Allaah and are please shaitaan, has been warned that these very limbs will be questioned on the Day of Judgment about him, and he about them:

In summary, Allaah has ordered His slave to guard his tongue, private parts, hearing, sight, hands and feet from the prohibited deeds. That, in and of itself, is fasting in the linguistic sense. This type of fasting does not have a specific time; rather, it is an act of obedience to Allaah which must be constantly observed until death.

Whoever preserves his tongue from foul speech and false testimony; his private parts from what Allaah forbade; his hand from what is not permissible to partake in; his hearing from listening to the unlawful; his sight from all that Allaah has prohibited looking at; and has used these limbs and faculties in permissible ways, protecting and controlling them until Allaah takes his life, then he shall break this fasting of his with the delight which Allaah has prepared for those who obey Him.

The Messenger of Allaah explained the first delight the believer shall encounter at the time of departing from this world to the abode of the hereafter. During his final moments in this world, angels will approach him looking as though the sun is shining upon their faces. They will have a shroud and perfume from paradise. The Angel of Death will lead them and he will say, “O good-natured soul! Come out to forgiveness from Allaah and His pleasure.”

These are the bright first signs to be experienced by the person who is keen in seeking out happiness for himself and strives to absolve it from anything that would lead to ruin and destruction. For this reason, the man who asked about when the Hour of Judgement will be established was directed by the doctor of the hearts (sallallaahu alaihi wa sallam) to something even more important than the time of its occurrence, saying,

“And what have you prepared for it?”

This indicates that throughout one’s worldly existence, he must prepare for his life in the hereafter. Allaah, the Exalted, says (which means):

“And take provisions, but indeed, the best provision is taqwaa, so keep your duty to Me, O people of understanding.” [2:197]

Every journey requires a suitable provision, and the provision for the journey towards the hereafter comprises taqwaa of Allaah, acting in obedience to Him and following the correct path of His Messenger. May Allaah send peace and blessings upon him, his family, his companions and all who follow his path until the Last Day.

* Shaykh is the former chancellor of the Islamic University of Madinah where he has been teaching for the last 50 years, as well as in al-Masjid-un-Nabawee for almost 30 years. 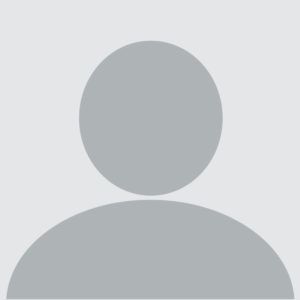